Driven partly by the growth in Smart TV adoption, the broadcast ecosystem is increasingly reliant on TV apps. Here are the 4 big challenges that need to be considered when developing them. 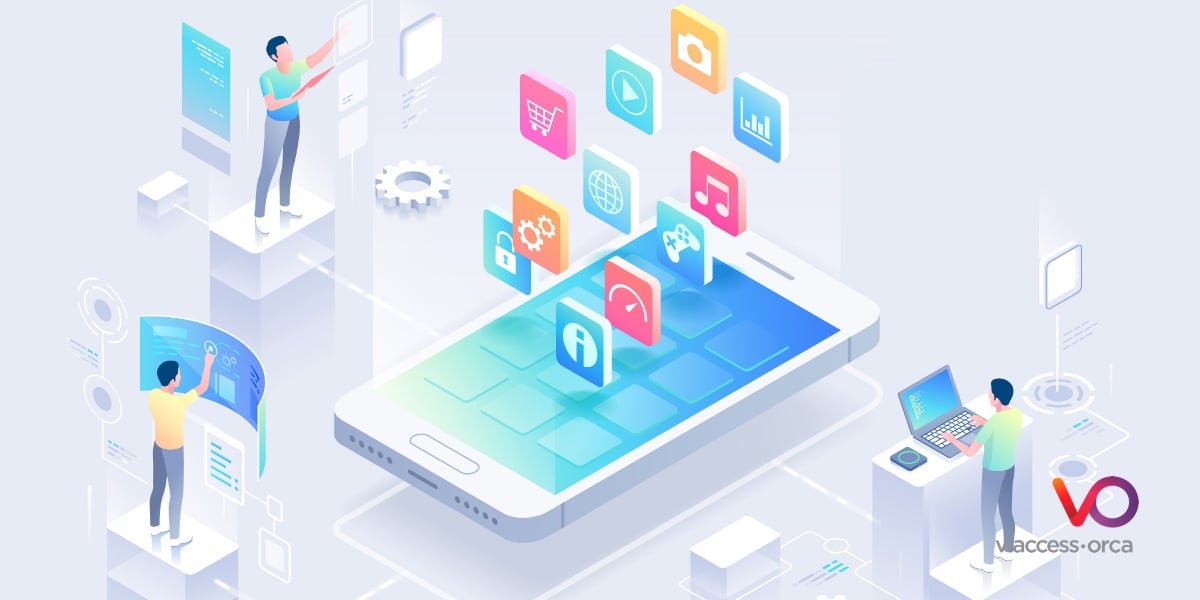 While the growth of streaming in the video industry has created headlines around the world, one of the consequences of it has perhaps flown under the radar slightly. That is the pivot towards the TV app, and the increasing importance of broadcasters and operators to be able to offer their services in a self-contained application that is available on multiple platforms.

The market is already a mature one. The BBC iPlayer and HBO GO appeared on iOS and Android in February and April 2011 respectively. But it is in recent years that it has really taken off, driven primarily by the growth in Smart TV ownership and the rise in on-device viewing on Android and iOS. US streaming app revenue, for instance, has risen from $7.1bn in 2015 to $24.1bn in 2020, and is forecast to reach $42bn in 2025. 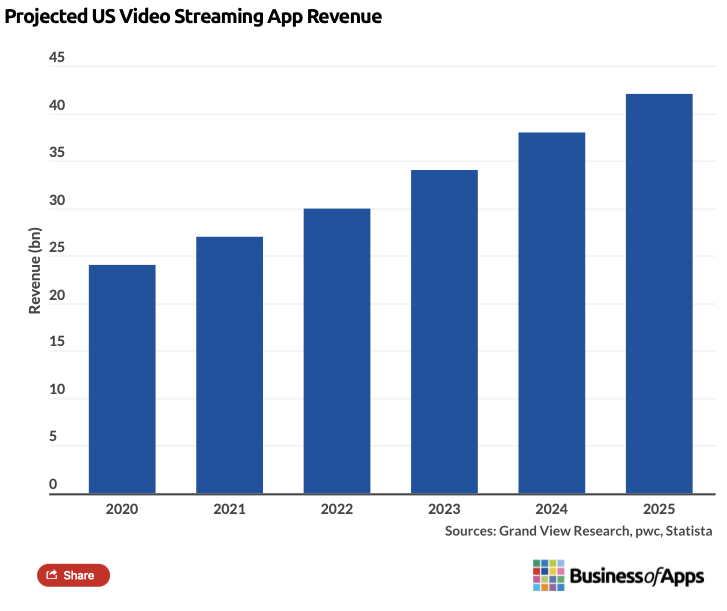 So, what do broadcasters and operators need to consider when it comes to launching their own TV apps? We have looked into the subject here at VO and believe there are four key areas to consider: Reach, User Experience, Security, and Time to Market.

Being available to as many subscribers as possible means being able to work on as many devices as possible. This is a challenge. The BBC iPlayer, possibly the granddaddy of them all when it comes to the TV app, says it is available on a mind-boggling 10,000 devices.

Of course, if we ignore fragmentation in various markets, especially Android, and concentrate instead on platforms the number comes down. It is still impressive though. For example, Wired lists Hulu + Live TV as its best TV app and details the platforms it is available on. It’s a long list encompassing: Android, iOS, MacOS, Windows, Chromecast, Apple TV, Xbox, PlayStation, Nintendo Switch, Amazon Fire TV, Roku, Android TV, and Samsung TV.

It’s not just a case of being able to function on them either. Your service needs to sync across them as well so that a user can watch the first half of a show on one device and pick the second half up on another. Consumers are also looking for consistency across very different platforms; they want the same experience without having to learn how to navigate a new interface.

Luckily this is an established enough problem across multiple industries that development solutions, such as React Native, are already established. This is an open-source mobile application framework that allows companies to develop applications for a variety of platforms, including iOS and Android, using React Native’s framework alongside native platform capabilities. Users include Facebook (who developed it), Shopify, Discord, Skype, Pinterest, Salesforce, and more.

We’ve written before about the User Experience and how important it is to the viewer. As we move towards app-based TV ecosystems and the era of the long-term fixed contract comes to an end, this is becoming ever more crucial. Yes, content is still king in most respects, but offer your viewers an unhappy user experience and they will vote with their feet and quickly leave your service for someone else’s.

Designing a User Experience is an involved process. It needs to take into account a range of factors including:

And, as we said in the previous section, all this needs to be portable and work on different devices at different screen sizes — and it needs to do so seamlessly.

Needless to say, moving into the TV app ecosystem has a profound effect on the security profile of a channel’s content. While security in the past may have been provided by a CAS solution, perhaps even involving a physical card in a set-top box, the multi-platform nature of TV app deployment means that Multi-DRM is the only practical answer to solving security issues for app deployments.

This is a complex area. There are three main DRM systems currently in use for video delivery to consumer devices, which broadly speaking verify the identity of a playback device and provide a license for content to be played on it. They are Google’s Widevine,  implemented by Amazon Prime Video; Microsoft’s PlayReady, used by Netflix;  and Apple’s FairPlay, used by iTunes and Apple TV+.

As we found when we looked at just the issues of DRM and Smart TVs, add in the multiple streaming protocols on the market and that leaves us with a dramatically shifting matrix of protocols that not every Smart TV supports. For example, older Samsung sets do not support Widevine, Panasonic sets only support PlayReady, LG sets either support PlayReady or the DASH implementation of PlayReady depending on which OS they run and more. The picture changes as you switch between manufacturers and as you switch between the age of the operating systems the sets are running.

And, to reemphasize the point, that complexity only relates to Smart TVs. Widen the picture out to include all the other devices that a TV app needs to support — mobile devices, computers games consoles, stream dongles, and more — then if you want to make sure your content can get to the widest possible audience, you need to be supporting every DRM format. And that means only a Multi-DRM approach can really work with a TV app.

One final consideration worth mentioning here is time to market. As we have seen above, TV apps can be complex and take significant resource to develop, both in terms of human capital, financial investment, and time.

The latter is particularly crucial. The video industry has never stood still, but the current acceleration of change means that not only do services have to launch, but they also have to be iterated constantly afterward, adding new features and capabilities as the market evolves.

A TV app is not a one-off project, it is a constant commitment. Reducing the time to market is part of that, not only for the initial project but the countless number of point releases that will need to come after it. An app needs to be agile and responsive to consumer demands and a rapidly changing industry.

App to the future

Smart TV sales are only increasing and they will take TV app viewership along with it. In 2019 there were 200 million unit sales around the world, and this will rise to 266 million per annum by 2025. According to Ampere Analysis, in the US 53% report using Smart TVs every day, while half of consumers in Spain also view at this frequency. What’s more, where Smart TV penetration is low the same sorts of figures are being ascribed to mobile devices. In China and India, for instance, Ampere says that nearly three-quarters of internet users watch online video on their smartphones every day.

That means two things: one, local distribution strategies are key; and two, that the TV app is very much the best way to reach both audiences at both ends of the screen size spectrum. You could possibly insert a third conclusion in there too; that the audiences are growing on Smart TV and mobile precisely because of the existence of TV apps on these platforms and the way that they increase ease of use and consumer choice.

Whichever way you look at it the future of television looks to be app-shaped. The challenge for the industry now is building them.