Binge Racing on Netflix: The Numbers Behind it All 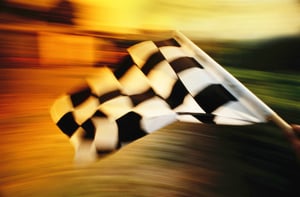 One of the newest emergent behaviors amongst viewers is binge racing: people who watch a show as soon as humanly possible after release.

One way or another, binge viewing has altered the televisual landscape dramatically over the course of the past few years. Netflix’ strategy of uploading an entire season of a specific program and letting viewers binge watch it in their own time has turned out to be an inspired move, but has also changed pretty much everything about episodic television.

It’s changed how we watch: 70% of US customers now binge watch TV shows.

It’s changed how we produce: Shorter run series are increasingly common, shrinking the standard US 22 episode slate down to a currently popular 10 episodes, all of which are in the can before release.

As we wrote in How Binge-Watching Has Changed the Way We Watch (And Produce) Television, binge watching has a rich cultural history, from cable TV marathons to cinema all-nighters. Binge Racing is comparatively more recent as it seems to involve a defining moment of announcing success on social media, but there is a definite trend here: Nintendo’s massive Zelda: Breath of the Wild computer game (above), for instance, typically takes an average of 44.5 hours to complete the main story, but ‘speed-runners’ have taken that time down to just over 39 minutes.

Binge racing is being defined by Netflix as completing a new series within 24 hours of its release and what is astonishing is how popular it has become. 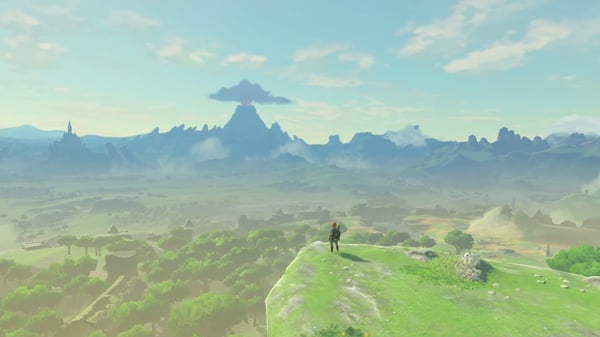 All in all, 8.4 million Netflix members have done this. And, as the company writes in a blog post on the subject, the only thing faster than the rate of watching is the rate this behavior continues to grow. Between 2013 and 2016 the amount of launch day finishers increased around 25x, from 200,000 in 2013 to 5 million (and counting) in 2017.

That’s just under 5% of its current subscriber base, compared to only 0.45% of its viewers in 2013. That is almost a textbook emergent behavior.

Netflix’s granular understanding of its audience’s behavior is impressive too. It can analyse the figures to the extent that it knows that there are five subscribers in the US who binge raced all five series of House of Cards on release day, while there is one subscriber in France who has binge raced 30 shows this year alone.

Beyond that, though, in terms of the content at least there is little in the way of patterns that can be seen in the data apart from a tendency to prioritise shorter form content (three of the Top 5 are 30-minute shows). The Top 5 binge-raced shows (the full Top 20 is available on the Netflix blog) are:

1. Gilmore Girls: A Year in the Life
2. Fuller House
3. Marvel's The Defenders
4. The Seven Deadly Sins
5. The Ranch

There is a definite pattern to the top binge racing countries, however, where the Top 5 as a percentage of national audiences consists of:

And the one thing that really jumps out there is that, with the exception of the US, these are all high-latitude countries with long hours of darkness in the winter months.

It will be fascinating to see if binge racing flexes with the seasons in these countries as everyone looking at the data immediately supposes, and we can only hope that Netflix releases more figures on the subject at the end of the year to confirm this.

But, in the meantime, the emergence of binge racing amidst a statistically relevant subset of the audience — especially perhaps in winter — is another factor that operators will have to take into account when planning and scheduling their OTT TV catalogues.

You can take a look at the Infographic Netflix produced to illustrate its data below.