Industry insights: Global SVOD and pay-TV subs combined will pass the 3 billion mark in 2027, with SVOD the main engine of growth even as subscribers become more price sensitive. 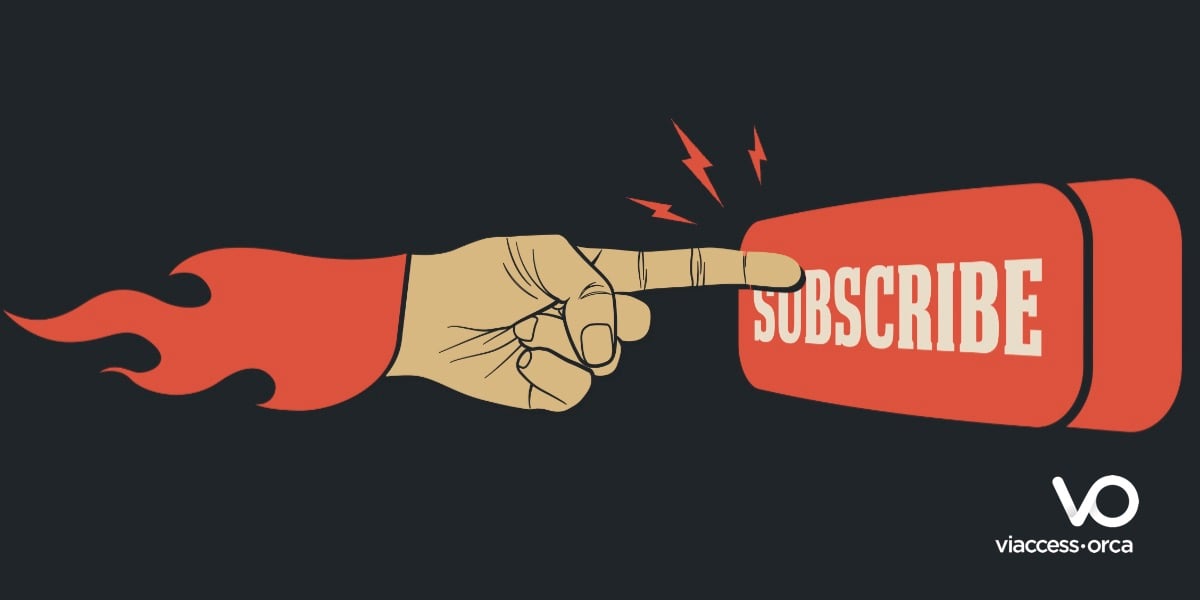 While pay-TV subscriptions worldwide remain largely static at around the 1bn mark, perhaps even contracting a little, new research shows that SVOD numbers continue to grow at an impressive rate. Indeed, the latest report from Omdia finds that the global total of subs increased from 1.14 billion at end-2020 to 1.34 billion at end-2021, which is an increase of 17.7% year-on-year.

Omdia is forecasting a further 10.5% growth to take place during 2022 as well to take the figure to 1.48 billion by year-end. What's more, it reckons that with new services continually entering the market and, crucially, major players still only part of the way through their respective global expansion efforts, there is plenty of headroom too. All in all that means expansion for several years yet to come, the company forecasting that the global SVOD total will exceed 2 billion subscribers in 2027.

Drilling down into the figures, there is an interesting disparity between the two different services. While SVOD is growing across the board, the scenario for pay-TV differs dramatically from country to country: Omdia reports 55 countries still reporting subscription growth, 41 reporting decline, and five being essentially static.

Despite the prospect of growth, the headwinds in the global economy are becoming more difficult to ignore. It is perhaps not too surprising therefore that price sensitivity to streaming services is on the rise. In October last year, analysts from the NPD Group listed cost as the #4 reason for cancelling SVOD services. By April that had risen to #2.

“In the last several months consumers have had to navigate rising prices in many facets of their lives and SVOD services are part of that mix with companies like Netflix and Amazon raising their subscription rates,” said John Buffone, executive director, industry analyst at NPD. “While cost considerations in SVOD services are still dramatically lower than in cable and satellite TV, it is important for providers to recognise that price sensitivity is growing so they can adjust their offerings to retain their subscriber base.”

Meanwhile, when it comes to sign-ups, the presence of free trials and promos is growing in importance once more. Back in November 2020, with lockdown audiences still high, we wrote about how the blanket offer of a free trial was disappearing and being replaced by a more nuanced way of onboarding subscribers.

That trend now seems to be reversing. During the NPD survey period, the top reason people cited for signing up for an SVOD service was because it offered a free trial, while promos and discounts were also having a greater influence on exactly where consumers prefer to sign-up, such as direct from a provider.

As ever, though, content remains a vital factor in subscription choices. One-third of SVOD users reported signing up for a service because they knew it had a specific TV show or movie; up to 33% from 30% over six months. This trend was even more pronounced in the key 18-34 year demographic, with a 6% increase in the same period.

Recent months seem to have confirmed the return of the Hollywood blockbuster, with titles such as Top Gun: Maverick rapidly closing in on $1bn in box office revenue and justifying the return to cinema exclusivity of tentpole releases. As The Hollywood Reporter states, add that to the recent in-cinema success of No Time to Die ($774 million gross worldwide), Doctor Strange in the Multiverse of Madness ($933 million), and Spider-Man: No Way Home (a massive $1.9 billion) and we seem to have settled the argument that the theatrical window boosts box office and builds momentum for a movie’s eventual streaming release.

As we’ve reported before, global consensus seems to have been reached that a 45-day window is the most effective in balancing the cinema and home audiences. But French and Italian governments have different ideas about the validity of this that are putting a severe strain on genuinely global rollouts and associated marketing plans.

France enforces a complex interlocking set of strict laws governing theatrical windows, pay-TV releases, and free-to-air screenings that, for example, mean that Disney+ subscribers will have to wait until October 2023 to see Doctor Strange in the Multiverse of Madness, which dropped online everywhere else on June 22, 48 days after its US release. As a result, Disney+ has decided to pull November's forthcoming big holiday animated release, Strange World, from cinemas in France and give it an online exclusive on Disney+ instead. In addition, there are fears that Warner Bros could do the same when HBO Max launches next year, further depriving the French cinema industry of valuable admission revenue.

Meanwhile, Italy is looking to extend a strict 90-day window from only titles that receive government funding to all releases from all countries as its cinema industry fails to rebound from the pandemic at the same speed as other countries.

“European markets where theatrical windows are determined on a case-by-case basis—like the U.K. and Spain —have been among the fastest to bounce back after theaters reopened, suggesting flexibility, not strict regulation, could be the best way forward,” says  THR. But it also notes that “studios shouldn’t underestimate the political power of local theatre owners — particularly if they mobilize anti-Hollywood sentiment.”