Is this the return of water cooler TV?

Industry Insights: Watch parties are putting the social back into socially distanced viewing, while the successor to HEVC, H.266, is finalised and Covid-19 churn rates spike. 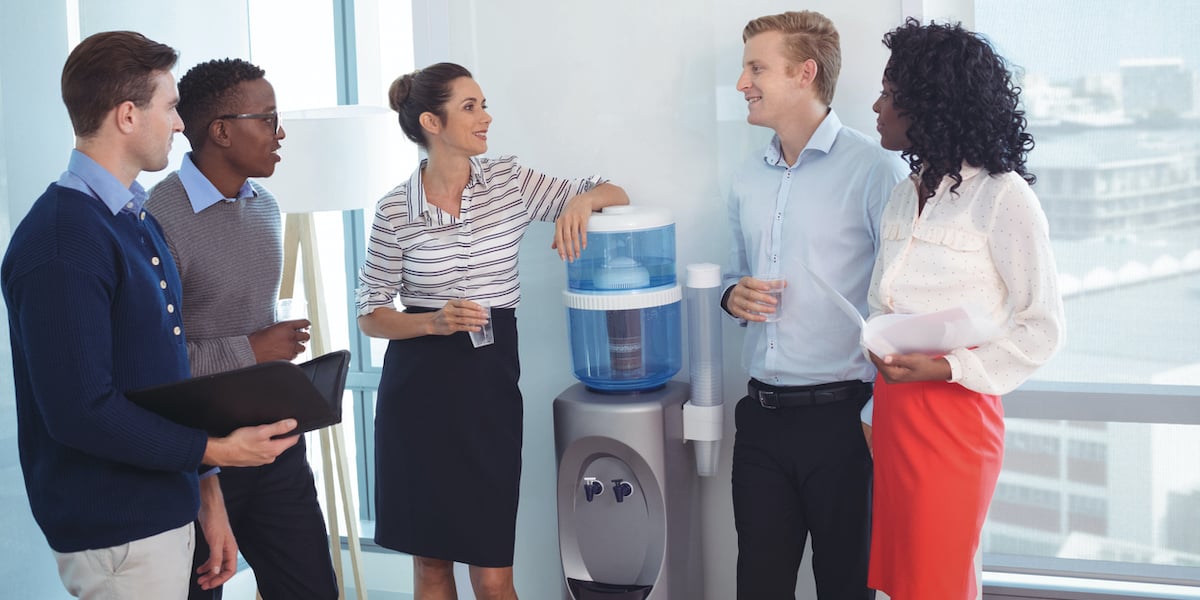 Last month, Hulu became the latest OTT player to introduce the concept of the watch party to its service. Available in beta for the moment at least, Hulu’s service syncs video for up to 8 different people and adds a chat window to the experience so that the users can talk about what they’re seeing however remote they are from each other.

This is something of a bandwagon. Amazon Prime released its service in the US at the end of June, Netflix’s has been going for ages, and there are several browser extensions from the likes of TwoSeven and Scener that extend the service to pretty much most of the major OTT players including Disney and HBO.

The idea is to replicate that water cooler moment; the historical idea of a group of people clustering around the water cooler at work discussing what they had seen on television the previous night. Crucially, in the golden era of broadcast television, it was the same program too. In the current time-shifted, fragmented, gatekeepered and subscription-based viewing environment, the only shows that get to pull that off are the real marquee titles such as Game of Thrones or The Mandalorian.

As a c|net piece on watch parties puts it, “[This] has been around for years. But it’s only now, as people practice self-isolation, that it's become a thing.”

The watch party is an attempt to give to our fragmented, on-demand schedules the same sort of experience that live events enjoy on platforms such as Twitter, but in a far more walled-gardened and controlled manner (though not too controlled - Amazon’s service can support up to 100 users at a time).

Most of the systems to date have some issues though, either enough latency in the typing to be annoying, taking up too much screen real estate, or being limited to desktop viewing. But that said they are interesting experiments in social TV.

Hitching television to social media has been a holy grail for many in the industry for a long time. Will Covid-19 have changed behaviours enough that watch parties will truly start to take off? And can anyone make a service that makes a real success of it?

The jury is out. As c|net also concludes: “In the end you'll most likely do what we did: Pick up the phone and agree to switch over to Facebook Messenger. It was just easier and more practical than covering an eighth of our already small laptop screens for the forced nostalgia of a '90s style chat app.”

Three years after it first started work on the project, and close to five after the initial exploration phase was announced, the Fraunhofer HHI has announced that the new Versatile Video Codec (H.266) standard has been finalised.

Codecs are an integral part of the video delivery chain and the H.266 codec is being designed to replace the current widely used H.265 codec, also known as High Efficiency Video Coding (HEVC). H.266 promises to provide the same picture quality but with a file size that will be about 50% smaller. Fraunhofer HHI figures point to 10GB of data being currently required to carry a 90-minute UHD video encoded using H.265. H.266 will be able to transmit the same video in 5GB.

That would mean the codec will be able to efficiently transport high-resolution content, such as 4K or 8K (and beyond) media, through mobile networks without having to wait for large scale 5G deployment. H.266 also supports HDR content, 360-degree videos, and other specialised tools for handling different kinds of video content such as online gaming or screen sharing.

Fraunhofer HHI aims to publish the first software (for both encoder and decoder) to support H.266/VVC in the autumn.

The catch? It’s going to take a lot of encoding power to analyse and compress the video. BBC R&D did some research on this last year and, while the VVC standard was yet to be locked down to the extent it has been now, encoding with the VVC test model was as much as 6.5x slower than H.26. Decoding was 1.5x slower.

As it says, the test models used are intended to only provide an insight into the possible quality a codec can achieve, and they are not optimised for speed. Nevertheless, it seems that there is still plenty of work to be done. 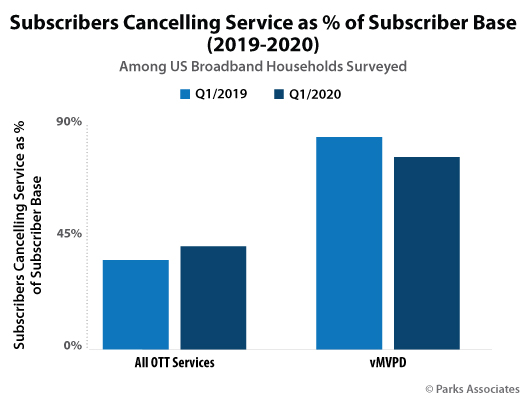 While the industry still struggles to understand the full consequences of the (still ongoing) Covid-19 pandemic, Parks Associates has unearthed some interesting data on churn in US broadband households.

Nevertheless, in very much a ‘glass half full' manner, Steve Nason, Research Director, Parks Associates, sees the current situation as an opportunity.

“Free trials will bring in new subscribers at the launch, and roughly seven in ten have subscribed to at least one OTT service they have trialed,” he says. “OTT services need to be creative in building an engaging service, but during this time of heavy video consumption, OTT services have the opportunity like never before to win over new video consumers and retain them as long-term subscribers.” 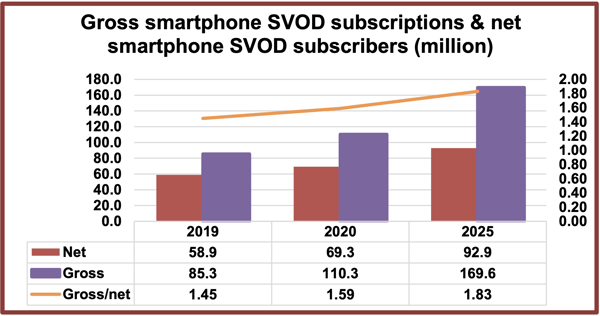 New evidence is coming to light that points to smartphone ownership being a significant factor when it comes to taking up SVOD services.

According to Digital TV Research’s succinctly titled Smartphone SVOD Forecasts report, the average smartphone subscriber will pay for 1.83 SVOD subs by 2025, up from the current figure of 1.45 last year. With a rise in the number of overall users as well, that means that smartphone SVOD subscriptions will double in the same time period, rising to 170 million subs generated by 92.9 million customers all in all.

According to Digital TV Research, much of this growth is being driven by the emerging markets where broadband infrastructures are often poor and disposable incomes are often limited.

Why this matters? Operators ignore the power of the mobile first economy at their peril.