What are advertisers looking for?

How Targeted TV Advertising holds the key to meeting the evolving demands of advertisers as both technology and media consumption patterns change.

For advertisers, knowledge is much more than power. Having detailed information about audiences, as well as being able to target them specifically has become the essence of modern advertising.

This provides an enormous opportunity for TV broadcasters and operators, who have both the direct access to a wealth of information over their users, and the ability to support precise audience segmentation, - a highly-attractive capability for advertisers, which also appeals to many companies new to TV advertising, especially at the local level.

The advertising ecosystem has changed dramatically over the past decade. The standard routes of reaching consumers have been greatly disrupted by the arrival of the internet, social networks and smartphones. Campaign feedback and performance optimization that used to only be at-hand after lengthy analysis of market research data are now available in real-time, while the ability to target potential customers based on their specific characteristics and individual preferences has become a common-practice for online advertisers, who are now eagerly looking to apply the same for TV advertising.

Targeted TV Advertising offers a direct, high quality route to the customer, with clear metrics and lowered threshold costs for entering the field than ever before, and advertisers are rediscovering the primacy and opportunity of video advertising in a new way.

Recently, many ad budgets have started to shift back from digital-only platforms such as social media and search engines to video advertising, as the forthcoming end of third party cookies dramatically blunts traditional online effectiveness. It has been estimated by IDATE that the global addressable TV advertising market will total €11.4bn by 2024 and is currently growing at 40% per year.

This results in an increased demand for advanced advertising capabilities on TV. But as the technology progresses, advertisers’ needs have become more complex and demanding. It is not enough to simply offer TV advertising anymore and there are higher expectations and performance criteria to be met.

So what are the specific requirements most sought after by advertisers looking to adopt a TV advertising solution?

What advertisers are looking for

First, they are looking to reach all audiences. While the growth of CTV is spectacular and has captured many headlines, it is a long way from being the only platform capable of delivering an audience at scale. Large audiences still watch on stand-alone streaming devices, mobile devices, PCs, connected video game systems and, of course, set-top-boxes. For, example, Rethink Research estimates there will still be close to 825 million operator set-top boxes in use worldwide in 2026.

These are significant audiences and advertisers are always looking for a bite of this medium’s exposure. They also want a cross-platform solution that engages audiences while managing the various rights issues that can occur with such a workflow, making the experience as frictionless for them as possible.

Second, they want increasingly granular audiences to help in the goal of increasing user activation. In practice, they may well target more than one segment at a time, depending on the size of the individual audience, but they need that initial data to be able to achieve that level of granularity. As such, as an operator, you need to be able to offer household-level segmentation based on explicit and implicit viewer profiles generated from usage, your own first party data, and privacy-compliant third party sources.

From the operator perspective, there are several tools that can be used to refine this. AI can analyze first party data sets, using pattern recognition capabilities to process large amounts of viewing data and to extrapolate significant life events. This can create segments for households such as new parents, recently retired etc. There is also increasing interest in semantic and contextual advertising, where metadata regarding the surrounding programming is analyzed to identify slots that are influenced by            the content being shown (for instance, marrying an ad for exotic holidays to an ad break in a drama where characters have just arrived in the Caribbean).

Third, they want increased flexibility for several aspects: Acknowledging that an increasing proportion of television is being watched in a non-linear fashion, Time-Shift TV is a growing trend across all viewing platforms, and advertisers are therefore very interested in the valuable inventory available via TSV content. This inventory should be kept live and available, and offered in the same way that linear television advertising is offered. In addition, as television is a part of a larger pool of communication channels used by advertisers, there is a growing interest in techniques that enable advertisers to re-target viewers in the digital spaces beyond television, i.e. TV 2 Digital.

The essential need for flexibility applies to the entire screen estate as well. Ad slots are only part of the inventory offered by the modern television ecosystem, with numerous opportunities for creating linked campaigns including overlays, display banners, and other elements of the EPG.

Last but not least, advertisers really want the entire process to be as frictionless as possible. As ad- tech technology has evolved, so has the ad tech stack increased in complexity. Advertisers do not want to have to manage the whole process and engage with each and every component and service. They want a single point of contact and a single solution that manages the entire process end-to-end, allowing them to concentrate on what they do best rather than having to invest in additional resources and operational overhead in order to manage a process that is supposedly designed to increase efficiency and cost-effectiveness.

What operators can offer

Operators want the tools to match these needs: a fully-featured, end-to-end solution that empowers them to fully monetize customer engagement with ad-supported video experiences. This is precisely what the VO & Smart AdServer solution provides, alongside an optimal mix of openness, security, and control.

Targeted Advertising is a genuinely game-changing technology for TV advertising. It offers advertisers the efficiency and effectiveness that they desire, as audiences grow increasingly engaged with the customized offerings, and it is an understood and well-regulated environment. The TV advertising ecosystem has been proven time after time to be the most effective brand and performance advertising medium over the long term. Now, with the change that the TV advertising ecosystem is undergoing, becoming addressable and available to more advertisers, that same effectiveness will be available in shorter campaign cycles.

What works for advertisers also works for operators. Audiences respond better to relevant ads, enabling operators to offer reduced ad loads and thereby improve user experience. They get to maximize their inventory and open up valuable new revenue streams by monetizing services such as TSTV. By deploying a single solution that offers a state-of-the-art end-to-end service, they get to do so without dramatically increasing complexity on their end.

The result is a win for both sides and one that matches what advertisers want with what operators can provide. 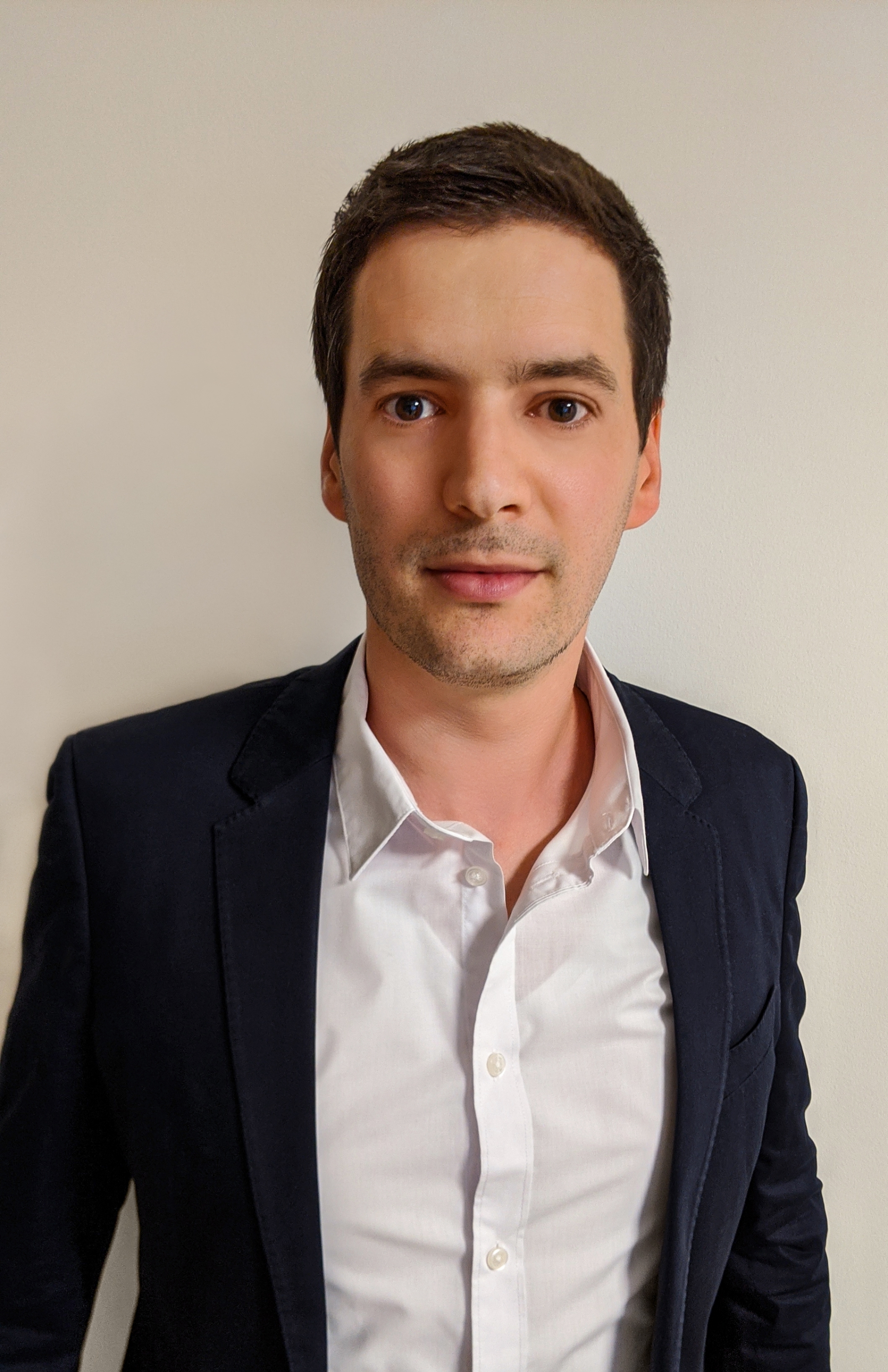 Dror Mangel is director of product, leading the value added services of VO, including AI & Data Solutions. Prior to joining Viaccess-Orca he gained business development and product management experience from leading startups in Israel’s ‘Start-up Nation’, working with many global Fortune 500 customers. He is an expert in data-driven solution and is driven by data and a passion for creating B2C + B2B products from their early ideation stages to commercial launch, always focusing on the market's needs. He holds a Bs.C. in Industrial Engineering and Management from Technion - Israel Institute of Technology, and an MBA from Tel Aviv University. 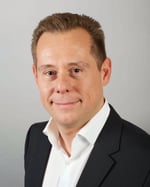 Gérald Sauvageon, SVP Sales Video / Addressable TV, Smart Adserver With 20 years of experience in the Ad-tech and digital advertising industry – including 15 years at Google and DoubleClick – Gérald Sauvageon is leading the development of Smart AdServer’s business in the international video and addressable TV markets. Before joining Smart, he held the positions of Head of Publishers and Head of Broadcast/Media/Entertainment at Google. In these roles, Gérald was responsible for direct relationships with publishers, broadcasters and operators across Europe. He was a pioneer in EMEA in monetizing digital TV with ad stitching during big events and has focused on developing addressable TV on Set-Top-Box, connected TV and OTT.
Find me on: