When I joined VO I made a cheat-sheet for myself. Just a Word document filled with acronyms and commonly-used initials. I was overwhelmed by the sheer volume of inner jargon and insiders’ lingo, as I’m sure are many others when first joining the industry. 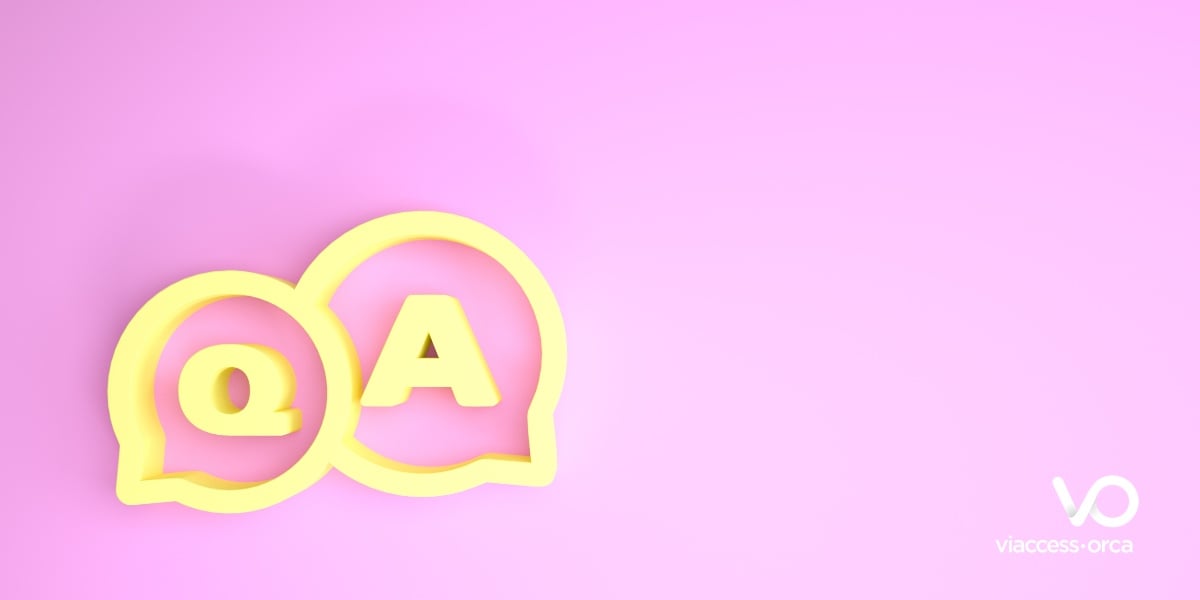 So whether you’ve just recently joined - or it’s actually been a while and you’re now too embarrassed to ask - here’s a short guide to the basics of OTT . Welcome aboard!

Let’s start with the basics. What do the initials OTT stand for?

OTT is an acronym that stands for Over The Top and describes a collection of different media services that are offered directly to the consumer via the public internet. The phrase itself comes from the notion of going ‘Over the Top’ of the traditional distribution channels of video, such as Pay-TV and linear TV broadcasters, to stream video directly to the consumer.

Precisely, and those are just the biggest names in a whole sea of new providers. In the US alone, there are in the region of 300 different OTT services, double the number there were in 2014. And they are extremely popular as well. There will be 700 million individual SVOD subscribers worldwide by 2026. That’s almost as much as the entire population of Europe.

SVOD? I thought we were talking about OTT?

We are. There are lots of acronyms flying around the industry at the moment, but SVOD is basically a type of OTT service. The VOD part stands for Video On Demand. The four main types of OTT service you will come across when answering the question what is OTT are:

So, steaming, IPTV, these are all the same thing, yes?

Streaming, yes; IPTV, no. OTT uses the public internet; you just hook a device, such as a streaming dongle or a smart TV, up to a broadband connection and get started. You can even watch it on your mobile. IPTV is different in that it uses closed and/or private networks to deliver content, usually to a set-top box. And one of the big draws of OTT is precisely that it doesn’t need special equipment.

What else has made it so popular?

In a word, flexibility. Before OTT came along, away from the free-to-air channels and networks the TV landscape was dominated by Pay-TV providers such as cable and satellite networks. These tended to offer bundles of services at a high monthly cost with significant lock-in periods on their contracts. OTT services are typically much cheaper and much more flexible, with no minimum contract. This allows users to sign up for a service one month, quit it the next.

The OTT providers also introduced new concepts such as binge-watching, allowing viewers to watch all of a series in one session if they wanted to. This started in February 2013, when Netflix flicked a switch and all thirteen episodes of its remake of a BBC mini-series called House of Cards went live at the same time.

No, but they have been the most successful proponent of it so far. The first streaming service was actually the audio broadcast of a baseball game in 1995 streamed to ESPN SportsZone subscribers. Netflix wasn’t to launch a streaming service itself until 2007. Its Watch Now service launched with 1000 titles, and users on its top tier plan were allowed to stream six hours of content a month. A lot has changed since. Coincidentally, 2007 also saw Netflix mail out its billionth DVD. It stopped mailing out DVDs altogether seven years later, in 2014.

How many subscribers does it have now?

It’s worth looking at the other major players in the industry too for context. According to their last earnings calls, the leading OTT providers have the following number of subscribers as of Q1 2021. Data: MSN.

That’s a lot of people. How has OTT changed the industry?

Enormously. The SVOD providers in particular have amassed large libraries and huge amounts of different media rights, meaning they have a lot of content that people want to see. That they can offer this at a fraction of the monthly cost of a traditional Pay-TV offering has meant that satellite and cable companies have lost a substantial amount of subscribers over recent years. This has become known as cord-cutting or cord-shaving.

How have they responded?

As the old phrase goes: If you can’t beat ‘em, join ‘em. Broadcasters initially got busy launching their own complementary OTT services covering catch-up content, box sets, and the like. Recently there has been a huge move towards aggregation and super-aggregation, where they offer what once would have been seen as ‘rival’ OTT services to their own via apps as part of their own Pay-TV ecosystem.

Service stacking has become the norm. The latest figures from the US show that viewers will stack an average of 5.7 services together to access all the content they require from across Pay-TV and OTT services. There are signs of frustration at having to sign up to so many different outlets to see everything they want, however, which is one of the drivers towards the above mentioned aggregation of services.

Bright and blooming. Viewers are consuming more OTT content all the time. Remember the 700 million individual subscribers we talked about at the start? Last year they averaged 1.74 SVOD subscriptions between them, but by 2026 that will have risen to 2.14, making a grand total of 1.495 billion subscriptions.

That is a lot of viewers for a lot of services. Find out how to get your content over the top and to them too with VO’s Cloud TV and TV Platform solutions.