From new form factors for cutting edge television sets to the growing ubiquitousness of Voice, entertainment systems for autonomous vehicles, the slow rise of 8K and more, these were the Future TV Technology trends on show at CES 2019. 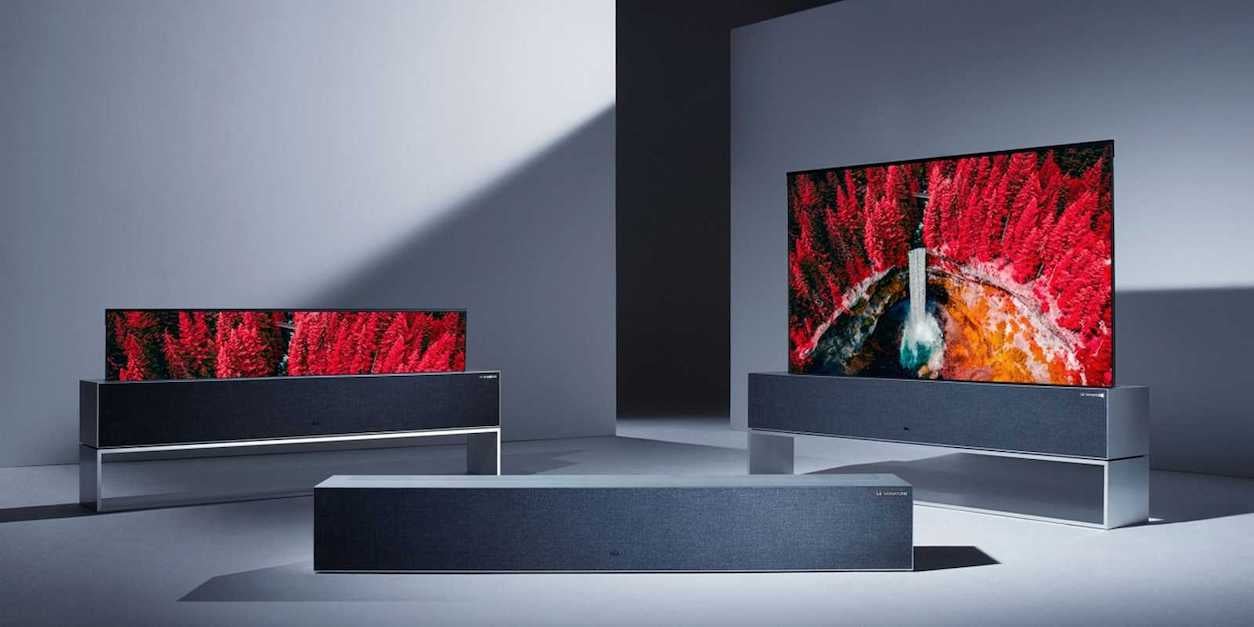 With a reputation for innovation and an acknowledged focus on the consumer market, the annual CES show in Las Vegas is a fabulous place to pick out the trends that will affect the broadcast industry in the coming years. Not everything you see on the show floor is relevant — beyond enough prototyping to get it on a booth, not everything will even be made — but with some of the world’s largest consumer electronics manufacturers in attendance, it’s a show whose influence shapes much of the year that follows it.

These are the key takeaways:

As expected, there were more 8K-capable sets on show than ever before. We’ve written about Ultra HD in detail recently, so no need to rehash all that information here. What is new from CES is an appreciation of how important upscaling is going to be to selling sets initially.

The content gap is going to be greater with 8K than with any new format to date, so upscaling from the outset is going to be a necessity rather than a stopgap. And of course the challenge is greater than ever because of 8K’s greatly increased pixel count of approximately 33 million. Increasing use of AI in upscaling routines rather than relying on simple algorithms seems to be the chosen way of dealing with the problem, and the results on display so far have been impressive.

8K only really makes sense at much bigger screen sizes than the current norm; the picture is mostly indistinguishable from a 4K one unless the viewer is sitting extremely close. As a result we are seeing some truly massive televisions, with screen sizes regularly reaching 98-inches in the vendor ranges announced so far.

These will likely be extremely expensive. The TCL X10 QLED 8K TV is expected to be sold at a more reasonable price when it is released later this year. TCL might be the third largest screen manufacturer in the world, but it has carved itself out a niche very much at the budget end of the spectrum, and its entry into the 8K market is suggestive that prices of the 8K sets will drop fairly swiftly. They are already on a par, if not lower, than the original wave of 4K sets.

The Television Set is Changing

After previous shows focusing on first OLED and then QLED displays, some of the display technologies that have been in development for several years are finally starting to bear fruit. Two in particular are worth noting.

The first is LG’s rollable, OLED screen. One way or another folding and/or rolling screens are destined to be big news this year, especially given the new Samsung Galaxy unit due to be released in February.

LG’s solution, which you can see in the GIF above, solves the problem of what you do with these giant screens when you’re not actually watching television on them. Previously, it has investigated ‘wallpaper’ TV that can either mimic its background or be used as a temporary art frame; its rollable model disappears entirely when not in use, with a couple of cantilevers hinging the screen down into a large box. This box is useful as it houses a Dolby Atmos soundbar. A neat trick is that the screen can display different aspect ratios as it rolls down, passing through 21:9 and down to a heavily letterboxed music playback/smart home display.

The demo model at CES was 65-in, but there is no reason why that can’t be scaled.

Samsung meanwhile was showcasing the impressive modularity of its MicroLED technology. MicroLED screens are difficult to produce in mass volumes but confer many advantages over OLED, better blacks and longer life amongst them. What’s more you can use them as building blocks ― the system the company demoed featuring an interlocking back plate onto which MicroLED tiles simply magnetically attach.

The beauty of the system is that viewers can essentially create a set in the size and aspect ratio they desire. Another Gif from The Verge below illustrates the technology in action.

Apple Makes News Despite Not Attending

For all those companies spending a considerable fortune on attendance at the show every year, Apple’s ability to not turn up but still make headlines must be rather frustrating to say the least. Admittedly it did place a huge advert on the side of a building opposite the show this year highlighting its take on privacy with the line ‘What happens on your iPhone stays on your iPhone’ in a not very subtle dig at Google and Amazon, but apart from that it wasn’t in Vegas.

Except that it was everywhere. Most notably there was the rather surprising news that iTunes is to appear on new and recent Samsung Smart TVs (above) following a soon-to-be-released software update. Following that, we learned that LG, Vizio, and Sony were to both feature AirPlay 2 and HomeKit support.

It’s hard to image a more obvious build up to Apple launching its own video streaming service. It’s been a long time coming, but 2019 will be the year that it finally lands.

Autonomous Cars and the Arrival of the Passenger Economy

Autonomous cars have been a staple of CES for some time now, but this year part of the focus shifted to what the occupants of the vehicles will do once they turn from being drivers to riders. Intel dubbed this the ‘passenger economy’ a couple of years ago, forecasting that a $7 trillion market will be established over the next thirty years. This is multiscreen TV on the move.

It’s a long play but it’s an intriguing one, especially as Intel also forecasts the passenger economy will free more than 250 million hours of commuting time per year in the world’s most congested cities. At CES, the company partnered with Warner Bros. to show a modified BMW X5 (above) with the sort of entertainment system that might feature in the future, including 270-degree entertainment powered by large-screen TV, projectors, mobile devices, sensory and haptic feedback, and immersive audio and lights.

Audi, meanwhile, was showing off a VR system called Holoride that syncs the motion of the moving vehicle with the VR headset to such an extent that the company claims it is effective against motion sickness. Samsung was showing off its Digital Cockpit concept, that adds passenger entertainment screens, not to mention a gesture sensor for the rear passengers to control entertainment systems and plenty of integration with Bixby, the company's own Voice Assistant. And LG announced a teaming up with Microsoft Azure to explore the same sort of avenues.

It’s a market that feels like very early days as yet, but there’s a definite inflection point coming within the next decade. Intel’s predictions also include the establishment of an $800 billion passenger economy by 2035. And even if it’s wrong by a whole order of magnitude on that and the 2035 figure will ‘only’ be $80 billion, that’s still larger than the entire global OTT market in 2018, and look at the impact that has had.

Lastly, Voice. AI is absolutely everywhere now at CES, used in every niche and every use case to the point where it’s already starting to disappear into the background. In many cases it is driving smart assistants, and, while they’re not wholly ubiquitous, yet they are on their way there. Anyone who has ever seen young children mystified when faced with non-touchscreen devices for the first time is in for a whole new generation of fun watching them start talking to the same devices and being puzzled when they remain mute.

We highlighted the opportunity Voice represents for the broadcast industry in our 2019 predictions, and one of the meta trends at CES only increases that; namely the rise in Voice neutrality. This sees third party manufacturers deliberately making devices that can support both Amazon’s Alexa and Google Assistant rather than signing exclusive deals to utilize one or the other, and is happening across not only the media space but elsewhere too. Partly driven by demands of the smart home market which looks to establish a domestic ecosystem in one flavour or the other, being able to make a widget that works in both is a definite competitive advantage.

With Siri and Microsoft’s Cortana also in the running, in the end Voice systems are being actively developed and marketed by four or the largest tech companies in the world. That does not automatically give each one a guarantee of success — both Microsoft and Amazon have failed in the smartphone market, for instance — but it does illustrate the scale of the drive behind Voice.