Half a billion more SVOD subs yet to come

Industry insights: There is plenty of global headroom yet, with 550m SVOD subs to be added in the next 5 years, Netflix breaks its own commissioning records, AWS expands its Local Zones, and more. 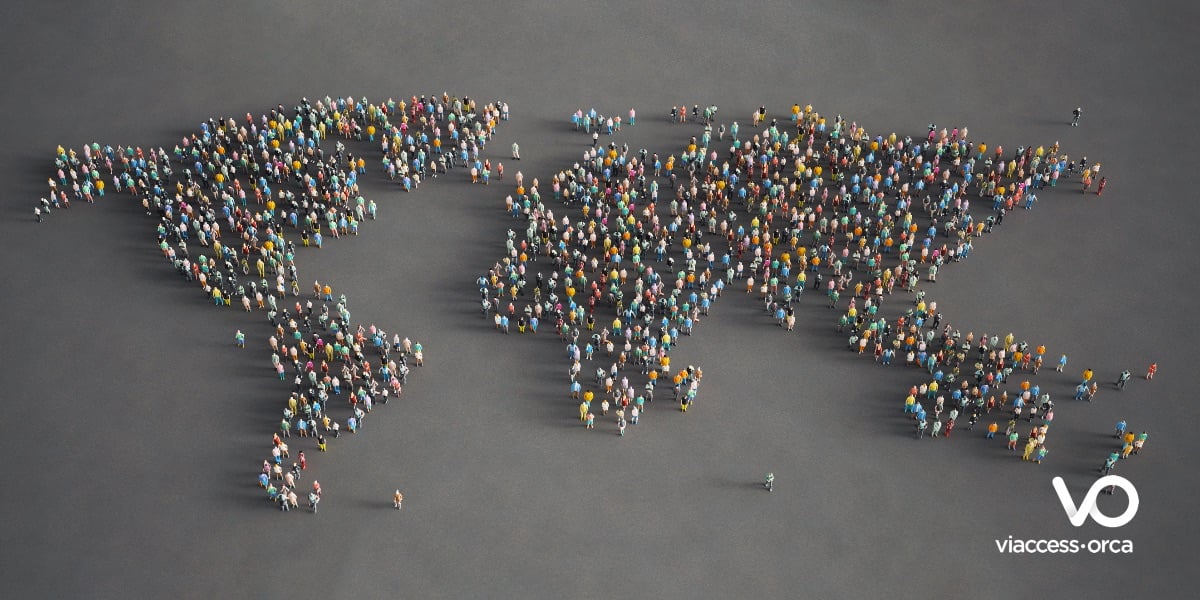 Half a billion SVOD subscriptions still to come

Global SVOD subscriptions will increase by 550 million between 2021 and 2027 to reach a massive 1.75 billion, according to the latest data from Digital TV Research.

Nearly half of that figure, 48%, is made up of just two countries: the US and China, though the analyst observes that growth in China is slowing due to government pressure. The US market, though mature, is not yet saturated with the average SVOD household paying for 4.37 SVOD platforms.

The US's influence on the world will remain high. The three main US-based platforms will control half the total global SVOD subs, with Netflix, Disney+ and Amazon Prime Video taking the plaudits in that order (though it is expected that Disney+ will overtake Netflix in 2028).

Netflix to break own commissioning record

With an already highly impressive track record for original content. Netflix is expected to break its own record in 2022 with a massive 398 new original TV shows due to air before the year is out.

In 2021, the streamer released 395 original TV shows globally, a highly impressive number of 259 of which were commissioned, produced, and released in the same year. Including only shows already scheduled for release, those already in the can, and shows that will complete production, 2022 will break that number.

According to Ampere Analysis data, by the end of the second week of February, Netflix had already released 55 TV shows. The rest of the 2022 slate comes from:

There could be more too. The company moves at a fast enough velocity that there are still more shows that could go through the entire process, from green light to screening, before the year is out. And if the volume of them is similar to the overall 2021 figure for such material, Ampere reckons the final total could be up around the 650 mark.

Following a successful rollout in 16 US cities, Amazon Web Services has unveiled plans to launch its new AWS Local Zones edge computing service in 32 new metropolitan areas in 26 countries around the world.

Edge computing effectively places cloud services closer in the network to the end user, whether that be compute, storage, database, or any other of the burgeoning amount of cloud services used by industry. This brings latency down to single-digit millisecond figures, which is very useful for high bandwidth operations such as live streaming (especially of sports content), and the industry is hearing a lot about MEC (Multi-Access Edge Computing) as a result.

“Without such dedicated infrastructure, AWS noted that such use cases would otherwise require customers to procure, operate, and maintain IT infrastructure—and use a different set of APIs and tools for the on-premises and AWS environments—which could create unnecessary costs and operational complexity,” notes Rapid TV News. "AWS says that the new AWS Local Zones will give customers around the world the ability to offer hundreds of millions of end users single-digit millisecond performance for their applications.”

It’s not just end users that will benefit either. FOX and Netflix are among the content producers working to migrate the workstations of VFX and CG artists among others into the cloud. “AWS Local Zones brings cloud resources closer to our artists and have been a game changer for these applications,” says Stephen Kowalski, director of digital production infrastructure engineering at Netflix

Virtualisation is one of the big themes within the broadcast industry at the moment, and the arrival of MEC at scale is only going to drive that adoption harder.

The DPP’s media industry predictions for 2022

More forecasts and predictions to finish off with.  2022 is going to be an interesting year for the industry as it emerges from two years of dealing with Covid. We’ve looked at the topic ourselves, but the views of leading media association the DPP are always worth consulting too as it likes to provide what it calls mood music; shorthand themes that relate to what is going through many CEO’s thoughts as the year unwinds.

For 2022, these are: Sustainability, Actionable Insight, Growth, Adaptability, and Culture.

“In hindsight 2021 can seem rather like the lost year – neither defined by the start of a pandemic nor the end of one,” writes the report’s author and DPP CEO, Mark Harrison. "Perhaps that’s why, in looking back at some of the comments made by our experts in early 2021, they read as if they could just as easily have been uttered at the start of 2022.”

Two predictions are carry overs from last year. One, ‘the purpose of the workplace will be redefined’ largely because it didn’t get time to play out properly due to the pandemic stubbornly refusing to end; the other, ‘there will be market disruption and consolidation’ is very much ongoing.

The other six are new and, in order of ranking, are:

Zeroing in on 3, FAST (Free Ad Supported TV)  is a big part of this picture, with the prospect of hybrid services becoming more common.

“I can see situations where there is a hybrid,” commented one anonymous survey respondent. “If your SVOD is struggling to grow anymore, you wonder whether a hybrid with AVOD, maybe with FAST, on your own platform, is worthwhile. If you have a VOD based service, it’s pretty easy to create a linear service from that – you just need to generate a playlist. So it’s going to be interesting to see if more people develop linear services from their VOD libraries.”

Definitely one to watch as the year unfolds.

“What is striking about the unprecedented impact of the pandemic, is that the change vectors are heading in so many different directions,” concludes Harrison. “The very definition of the media industry is being stretched and remoulded in a way that offers enormous opportunity – but also unprecedented risk. There is no roadmap.”